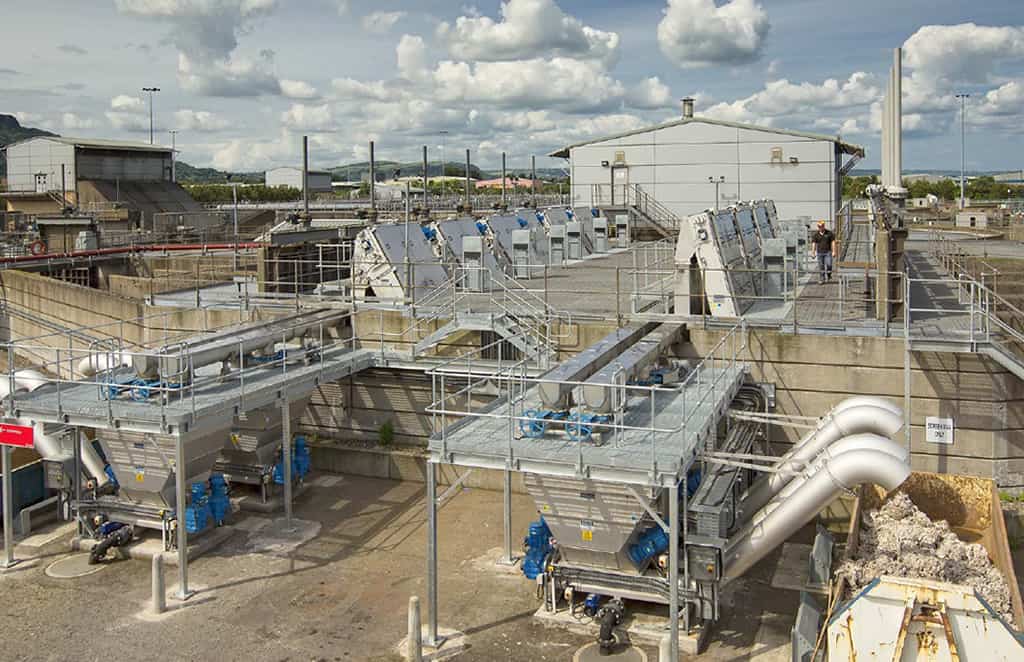 Our dedicated team of engineers have immense experience in implementing a number of water treatment processes throughout the UK, Ireland, North Africa, Middle East and South America

A method which clarifies the water to ensure it is clear and colourless.

Accomplished by both filtering out harmful microbes and by adding disinfectant chemicals.

A large tank with slow flow, allowing floc to settle at the bottom.

After separating the floc, the final step is to remove remaining particles and unsettled floc.

Rotating discs supports the growth of bacteria and micro-organisms, which break down & stabalise organic pollutants.

SBR’s consist of at least two identically equipped process units with a common inlet, which can be alternated.

Our expertise in terms of wastewater treatment enables TES to offer an extensive portfolio of proven technologies.

A method which clarifies the water to ensure it is clear and colourless. Clarification causes a precipitate to form in the water which can be removed using simple physical methods. Initially the precipitate forms as very small particles but as the water is gently stirred, these particles stick together to form larger particles.

Accomplished by both filtering out harmful microbes and by adding disinfectant chemicals in the last step in purifying drinking water.

After separating the floc, the water is filtered as the final step to remove remaining suspended particles and unsettled floc. TES have a vast knowledge of a variety of filter methods to include rapid sand filters, membrane filters and pressure filters with various types of media.

Ultrafiltration membranes use polymer membranes with chemically formed microscopic pores that can be used to filter out dissolved substances avoiding the use of coagulants. The type of membrane media determines how much pressure is needed to drive the water through and what size of microorganisms can be filtered out.

ASP’s encompass a variety of mechanisms and processes that use dissolved oxygen to promote the growth of biological floc which substantially removes organic material. The process essentially traps or retains particulate material utilising primary, secondary and tertiary treatment stages.

In all activated sludge plants, once the sewage (or industrial wastewater) has received sufficient treatment, excess mixed liquor is released into settling tanks and the treated supernatant is discharged to undergo further processing. Part of the settled material, the sludge, is returned to the head of the aeration system to re-seed the new sewage (or industrial wastewater) entering the tank. Excess sludge which eventually accumulates is also removed from the treatment process.

One of the key benefits of the MBR system is that it effectively overcomes the limitations associated with poor settling of sludge in conventional processes. The technology permits bioreactor operation with considerably higher mixed liquor suspended solids (MLSS) concentration than conventional systems, which are limited by sludge settling.

RBC’s are mechanical secondary treatment systems, which are extremely robust and capable of withstanding surges in organic load. The rotating discs support the growth of bacteria and micro-organisms present in the wastewater, which break down and stabilise organic pollutants. Oxygen is obtained from the atmosphere as the discs rotate.

As the micro-organisms grow, they build up on the media until they are removed due to the shear force of the rotating discs in the sewage. Effluent from the RBC is then passed through final clarifiers where the micro-organisms in suspension, settle as sludge. The sludge is withdrawn from the clarifier for further treatment.

SBR’s consist of at least two identically equipped process units with a common inlet, which can be alternated. The units have a “flow through” system. While one unit is in settle/decant mode the other is aerating and filling. There are four stages to treatment; fill, aeration, settling and decanting.

The aeration stage involves adding air to the mixed solids and liquid. During this period the inlet valve to the tank is open and a return activated sludge pump takes mixed liquid and solids (mixed liquor) from the outlet end of the tank to the inlet. The incoming sewage is effectively implanted with live bacteria.

The sludge formed by the bacteria is then allowed to settle to the bottom of the tank. The aerobic bacteria continue to multiply until the dissolved oxygen is all but consumed. Conditions in the tank, especially near the bottom are now more suitable for the anaerobic bacteria to flourish. Many of these use nitrogen as a base element and extract it from the compounds in the liquid, using up the nitrogen compounds created in the aeration stage thereby enabling nitrification.