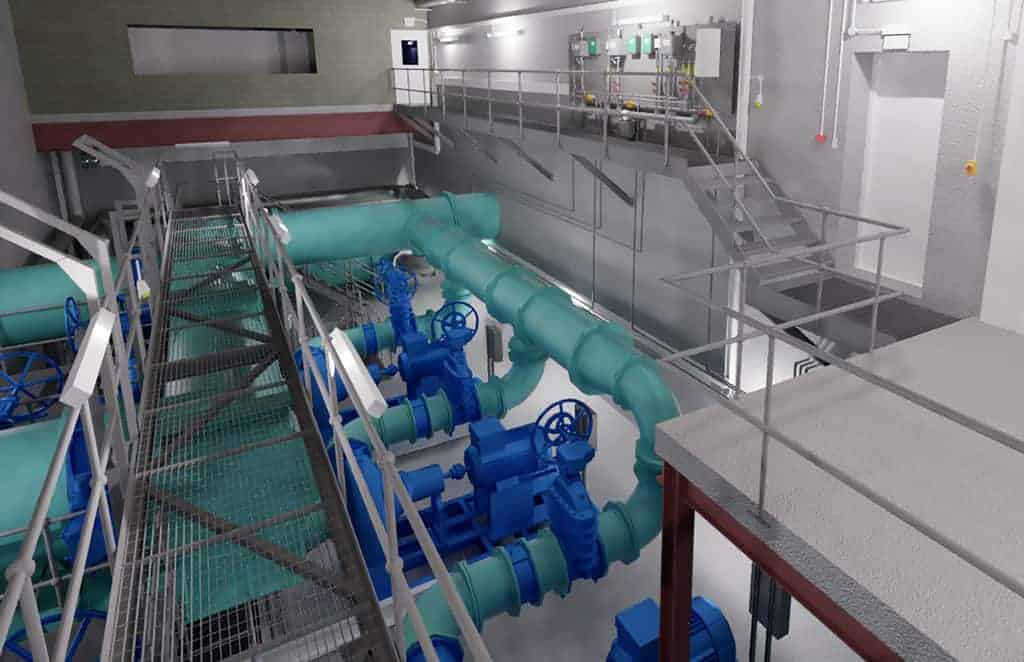 TES recently sat down with Autodesk to discuss the impact that implementing BIM 360 has had throughout the company at all levels, the following article is the outcome of that discussion and has been taken from the Autodesk website.

TES has been recognised as one of the fastest growing companies in its sector by London Stock Exchange Group and Investec, doubling in the last five years. Headquartered in Co. Tyrone, Northern Ireland, with smaller offices throughout the UK, it delivers projects globally.

Since it typically works with multiple stakeholders and subcontractors on projects, the company identified an opportunity to implement a Common Data Environment (CDE) by adding Autodesk BIM 360’s secure, cloud-based platform to its roster of existing Autodesk tools to provide real-time access to project data streamlining project coordination, connecting workflows for data and driving efficiency.

Since the company already used Autodesk’s AEC Collection (in particular, Revit, AutoCAD, Navisworks and Civil 3D for P&ID production and 3D models of treatment plants), expanding to BIM 360 was the logical next step. Combined, TES can now provide a one-stop shop for the full design and construction lifecycle. This helps put it ahead of larger competitors – who often outsource many business functions.

According to TES Managing Director, Noel McCracken, “BIM 360 has enabled us to further expand and diversify our services. We undertake everything in-house, from the tendering process, design through to after-sales support – an all-encompassing solution that has helped us to achieve sustained growth”.

Implementing BIM 360 across the business

TES started by trialling the BIM 360 Design solution for 30 days. Test projects were set up in BIM 360 Design to check for compatible workflows with existing Revit models and to establish the optimal team structure and permissions for the platform. “Once we had set up our model workflows, we started to see the immediate benefits of the BIM 360 Design collaboration module with ‘traffic light’ colours, which highlighted changes and new model set releases,” Neil Quinn, TES M&E Design Manager explained.

TES now uses a variety of BIM 360 offerings, namely BIM 360 Design, Coordinate, Build, Docs, and Insight. Its transition from offline to cloud-based working has been seamless, thanks to the company’s prior use of Autodesk software and the ability to easily upload models from Navisworks to BIM 360.

“BIM 360 was a natural fit for us, and we were very excited to start uploading and reviewing models online via BIM 360. Not only can we compare models much more effectively than we could do with 2D, but we can also raise issues in real-time and have access to data on-site via smartphone and iPads, not just in the office” Quinn said.

Better project coordination and quality thanks to 3D modelling

Since Revit models can be reviewed in 3D with BIM 360 Design Collaboration, TES has reduced snags on-site that would have been more prevalent when working in 2D. In addition, BIM 360 Coordinate’s clash detection has proven instrumental across TES’s water treatment works projects. The team uses AutoCAD Plant 3D to create intelligent piping and instrumentation diagrams (P&IDs).The 3D-designed pipework and plant and equipment layouts can then be modelled based on existing sites, ensuring the Civil and MEICA teams are aligned.

Following an issue on a recent Water Treatment Plant project, the design team were able to use BIM 360 Design to draw up new pipework models in the office and share them through the platform within a few hours, resulting in two days onsite time savings.“All of our projects now run clash detection through BIM 360, resulting in less construction delays and costly re-design work, as well as improved project delivery and quality,” said Quinn.

Noel McCracken highlighted, “BIM 360 Design has driven greater collaboration, communication and engagement throughout project delivery across our water and power divisions. Our staff can access and edit models in real-time from any device, without needing to be in the office or on-site, which has been crucial in maintaining output while remote working.”

According to John Crossan, TES SHEQ Manager, “The tool has also led to a 30% increase in Health & Safety efficiency during on-site inspections, thanks to the digital checklists function, which has completely transformed site inspection and audit procedures”.

The Health & Safety team has moved away from taking manual notes and uploading photos once back in the office. Armed with BIM 360 on an iPads they can raise issues immediately to relevant stakeholders and export audit results digitally, which save a full day’s work of processing audits and inspections – and improve quality. The machine learning capability of BIM 360 Insight also analyses the most likely safety and quality risk issues and uses predictive analysis to enhance project efficiency.

The team has also seen an enormous uplift in productivity since implementing BIM 360, improving planning and communication both within the company and with external partners and clients. Clients also have better visibility at each project stage, including design and pre-construction with the Design and Model Coordination modules and thanks to automated version control in BIM 360, all project stakeholders are working from one CDE, as a single source of information.

BIM 360 Design also supported business continuity as the company remained open for business and quickly adapted to remote working during the recent unprecedented pandemic. Its teams continued to work on projects whilst adhering to lockdown and social distancing measures by collaborating and communicating digitally using the tool. Since the software enables them to work smarter, they could reduce the number of on-site workers and maximise off-site fabrication of parts and equipment.

For TES, this has been an absolute game-changer and according to McCracken, “The cloud-based working across BIM 360 modules has assisted the business during these uncertain times and harnessing this agility will become the standard for our staff in the future so they can continue to work from anywhere”.

Looking to the future, the company wants to continue delighting its clients through new and innovative technologies. It has started piloting virtual reality (VR) to give clients a visual walkaround of sites before completion and is also implementing laser scanning for renovation projects. Additionally, it’s looking into BIM 360’s Cost Management module to centralise project cost information.

Concluding, McCracken said, “BIM 360 has revolutionised the way we approach our projects and the software is paying for itself with regards to ROI. Though some companies may be put off from investing up-front in new technologies, we started seeing results immediately , from time and cost savings, to improved quality, and better health and safety processes – and are excited to drive further innovation to meet our future growth targets.”

The full article as featured on Autodesk can be viewed here.

A PDF of the Autodesk article can be viewed here.