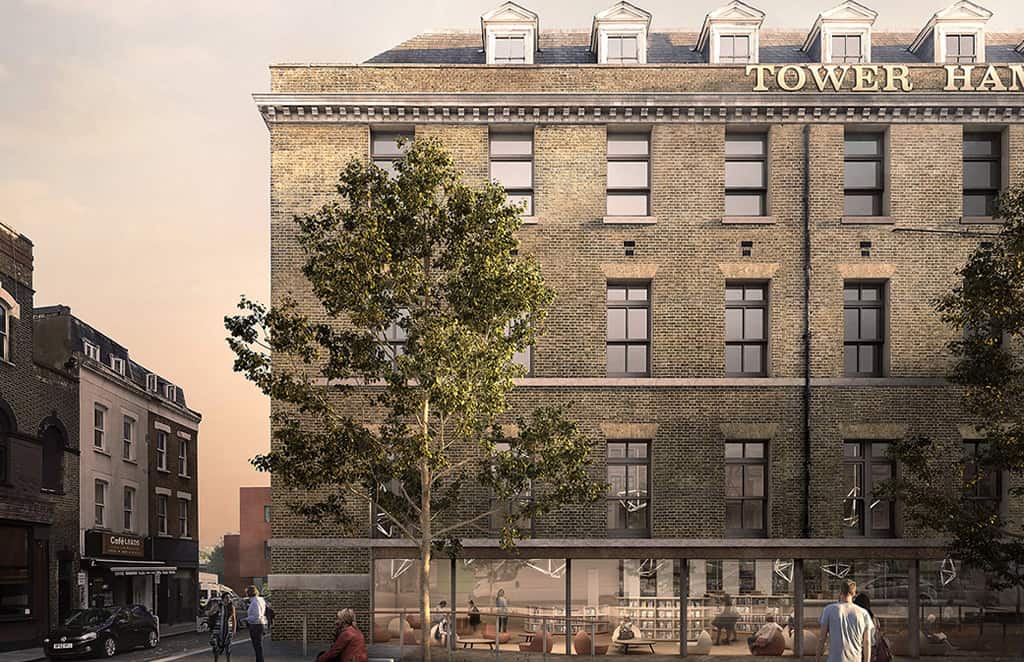 Tower Hamlets Council has brought the former Royal London Hospital site in Whitechapel back to life as its new town hall. The building was once a bustling facility where generations of East Londoners were born and cared for. But until the council took on the ambitious challenge of transforming it into a new headquarters with extensive public space, it had stood empty at risk of falling into ruin and disrepair.

The former Royal London Hospital building in Whitechapel is one of London’s most famous landmarks and has been at the heart of the borough’s history since it was opened to patients in 1757. The new town hall – which is part refurbishment of the existing Grade II listed building and part new build – provides nearly 300,000 sq ft of civic office space, including an open-plan workspace on the upper floors as well as a publicly accessible ground floor, hosting the council chamber, a café, the council’s local presence functions as well as other public services.

As part of the regeneration project TES were asked to design and manufacture the power distribution equipment, supplying the following items;

Commenting on the project TES Business Development Manager Brian O’Neill said “we were delighted to be involved in this project and play a part in the regeneration and restoration of this historic landmark. The former Royal London Hospital building in Whitechapel will continue it’s tradition of serving the local community for generations to come.”

Scheduled to open in 2022, the new town hall will take its place at the heart of Whitechapel, a part of London that is seeing significant regeneration. This has been one of the most significant building regeneration projects in London and indeed the country. In addition to the physical work taking place on the ground, the preparations leading up to 2022 has included significant internal organisational transformation.

TES have recently completed a project to regenerate and restore the historic former Royal London Hospital site in Whitechapel back to life as Tower Hamlets Councils new town hall. The famous London landmark originally opened its doors to patients in 1757.

Cookstown based Engineering company TES have announced a recruitment drive with a range of vacancies currently available throughout all areas of the business following continued strong business growth and expansion. #recruitment #engineering #growth
https://www.tesgroup.com/recruitment-drive/