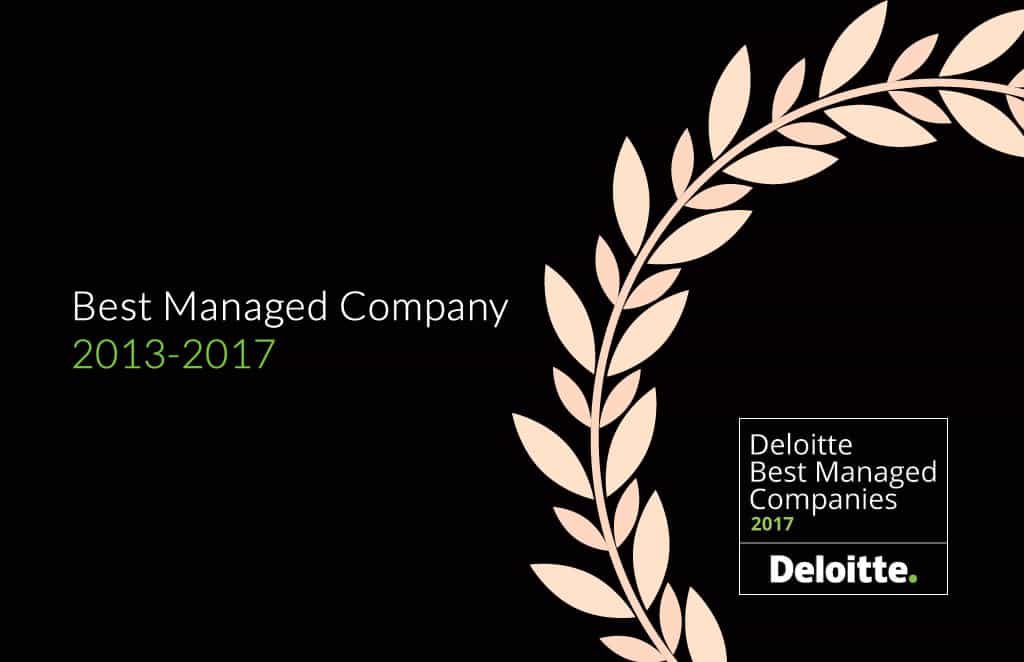 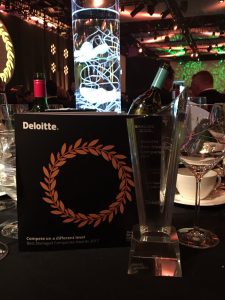 TES have recently been presented with the ‘Gold’ award at the Deloitte Best Managed Companies Awards as a result of successfully qualifying for four consecutive years as one of Ireland’s ‘Best Managed’ companies.

The awards event, held on Friday 3rd March in Dublin’s Convention Centre were attended by over 900 people from the Irish business community.

Commenting on the award, Brian Taylor, Chairman, TES said “we are one of very few companies in Ireland to have received the recognition of achieving Best Managed Companies ‘Gold’ status, this is testament to our business and dedication of the TES staff in delivering our long term strategy.”

Deloitte Partner, Richard Howard commented: ‘Ireland’s position as a small, open economy presents challenges and opportunities in the current environment of unprecedented uncertainty. In spite of the challenges presented by foreign exchange volatility and rising protectionism, the “Best Managed” companies have grown and they are continuing to demonstrate their resilience.’

Sasha Wiggins, CEO of Barclays Bank Ireland, added: ‘We believe that great people make the best companies. Behind this year’s winning companies are 60,000 people who combined have demonstrated absolute commitment to business excellence. The Barclays team is delighted to have had the opportunity to support this diverse range of inspiring companies in the development of their unique strategies and we wish them continued success in the future.’

The Deloitte Best Managed Companies programme, in association with Barclays Bank Ireland, promotes and recognises excellence in Irish owned and managed companies. It is the only awards scheme on the island of Ireland that considers a business’ performance from every perspective. Entrants to the programme will compete for this designation in a rigorous and independent process that evaluates the calibre of their management abilities and practices.