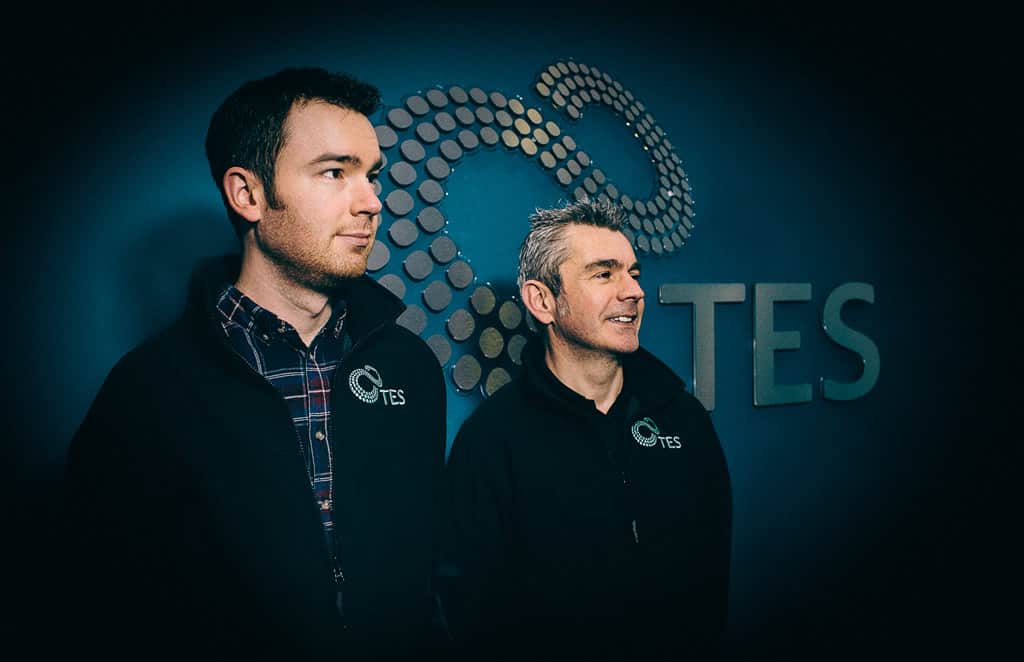 TES have two employees ready to run in the 2014 Virgin London Marathon on Sunday 13th April 2014 to raise money for the TES 2014 nominated charity the Southern Area Hospice.

Ciaran Gallagher and Justin Hamill were selected to run the marathon this year following an internal ballot process, where all interested employees had their names put into a hat and drawn at random in order to fill the two TES allocated spaces. TES Office Manager, Joan Laverty commented “we had a fantastic level of interest from our employees in putting themselves forward for running the London Marathon back in August 2013 which was great to see. Unfortunately not everyone who wanted to enter the marathon was able to this year but everybody in the company is fully behind Ciaran and Justin for Sunday 13th April”.

Since having their names selected in August both Justin and Ciaran have spent months preparing for the marathon, showing dedication and commitment to run during the cold, dark evenings and weekends of the winter months while improving their fitness and conditioning in time for the start of the marathon.

The rest of TES, suppliers and clients have done their part by fund raising for the Southern Area Hospice with the total now raised sitting beyond £2,500. Further donations are welcomed and can be made safely and securely on the TES JustGiving page.

The Virgin London Marathon takes place every year and see approximately 30,000 people run the 26.2 mile (42.2km) marathon through the streets of London. The route runs along the south of the Thames and then the north side after crossing the river on Tower Bridge. From Greenwich and Blackheath to Buckingham Palace, runners pass some of the capital’s famous landmarks, including the London Eye and the Tower of London.