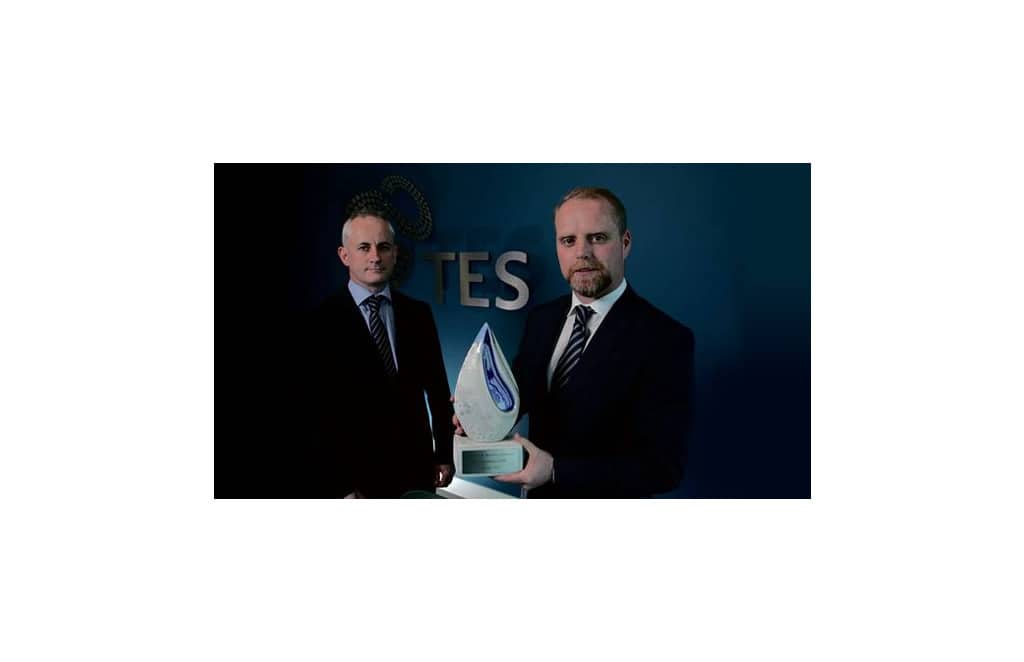 This article was published in the Belfast Telegraph 30/07/13

Fresh from winning the ‘Best Established SME in Ireland’ accolade, water and waste water specialists TES are on the crest of a wave, writes Paul Gosling.

TES always knew it was an excellent business, now the Cookstown firm can point to the accolade of ‘Best Established SME in Ireland’ as external recognition of this. The title, part of the Ulster Bank all-island Business Achievers Awards, will help expand the business further, says managing director Brian Taylor.

In fact, the rate of growth of TES is already very impressive. In its current financial year, which ends in September, the company expects to record turnover of £12.5m, up from £10.1m last year.

Employee numbers are up by 50 in the same period, with 140 staff now based in Cookstown.

The management function is being strengthened, a new sales director was taken on three months ago and recruitment for a variety of positions across the company continues.

The company was established in 1998 by Brian Taylor himself, working in his garden shed, and he was joined after six months by Noel McCracken. They became joint partners and owners.

Brian and Noel had previously worked together for about 11 years in a company making water treatment equipment. They decided they could run a business in the same sector, but do it better by offering an improved product, higher levels of customer support and by treating staff well.

Brian says this gives TES a market advantage, with clients sometimes reluctant to use project managers that extensively sub-contract work and who consequently have less project control.

Customers for water and waste water treatment systems include some of the largest UK water supply operators, including NI Water and Thames Water.

Clients for power distribution systems include some of the same water companies, and also quarry operators and food producers.

Banks are big users of energy with large IT and database operations: TES recently installed new power distribution systems in London for several international banks, including the Bank of Tokyo, and for the giant Russian energy company Gazprom.

TES also has a large export operation, with major plants installed in both Qatar and Iraq in the last year. The company has just won a contract to install a sewage treatment plant in the Saharan desert in Libya.

Under another contract, TES is installing four water treatment plants in different parts of the remote South Atlantic island of St Helena, which at present has no working airport and is four days from the nearest major port of Cape Town.

“Exports are massively important for us,” says Brian. “Northern Ireland is such a small place. Exports make up 75% of our current work – maybe 80%.”

But TES believes it can do much more business in Great Britain. It has a small operating base in the English Midlands, in Staffordshire. “We started in GB six or seven years ago,” Brian explains. “Our operation is niche and there can only be a certain amount of business in Northern Ireland and the Irish Republic, so GB is critical for us.”

TES has signed framework agreements committing it to support some of the water companies, including Welsh Water and Northumbrian Water, on an ongoing basis. “We would be unable to do that without a GB base,” Brian explains.

He believes that customer service lies at the heart of the TES success. “We are customer focused. From the beginning, that was what we wanted. That is why we are so successful.”

Those strengths were recognised in the Ulster Bank Business Achievers Awards and Brian believes that the award itself will stimulate further success and growth.”

We won’t be quiet about this, but will highlight to customers what we have achieved as one of the best SMEs in the whole of Ireland,” he says.

“So it will hopefully win us new work. It will also help us to recruit, which is very important to us in building our company.”